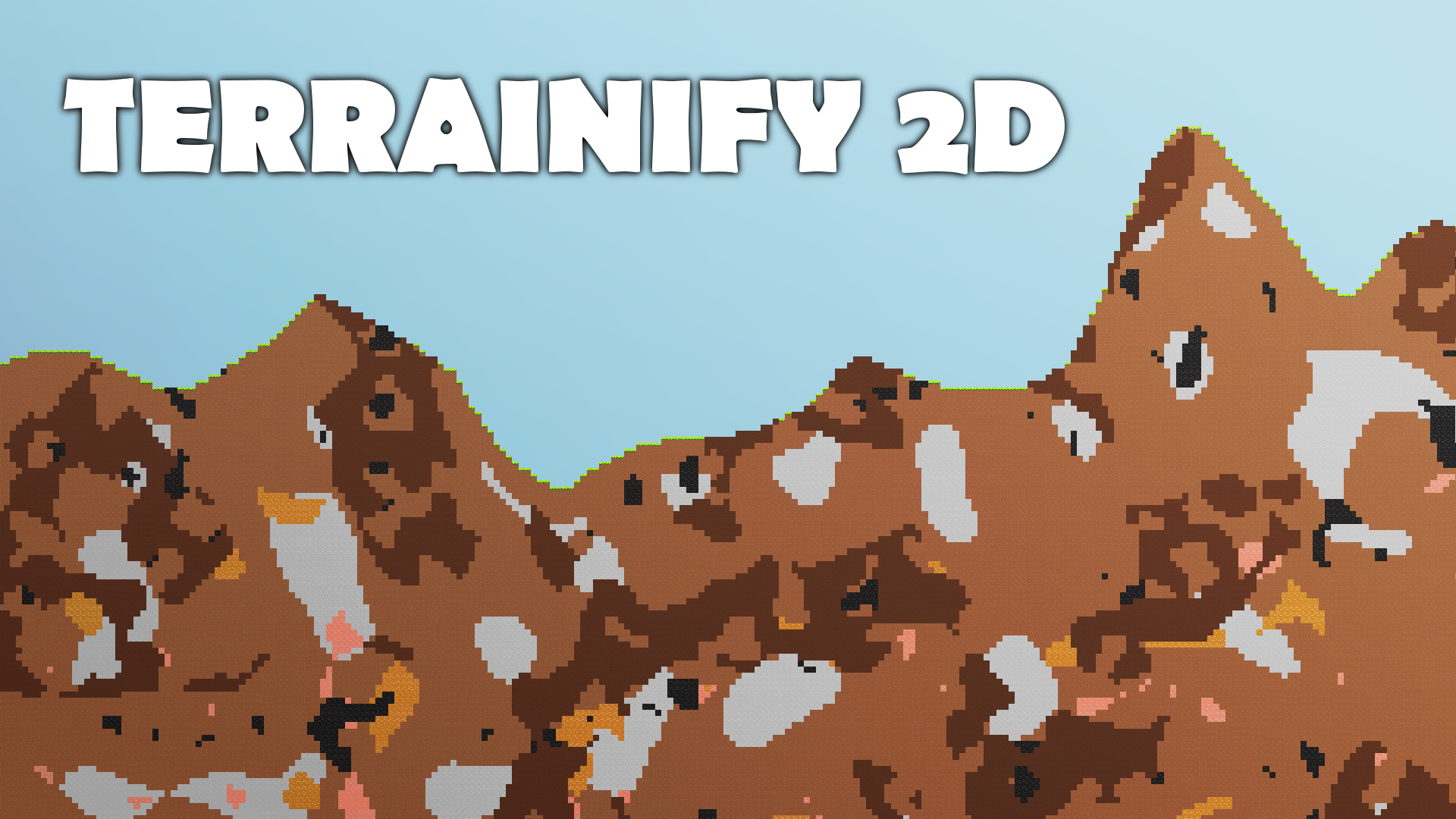 After a few weeks of work and tweaks, version 1.0 of Terrainify 2D is finally finished! After some final preparations I sent it in for approval from Unity just now, which means it is time to focus on my other projects. Approval can take up to 14 days so I’ll have plenty of time to spend.

I’ll mostly be spending my time on improving my block lighting asset Block Lighting Engine 2D, since I received useful feedback from buyers. If time will allow it I’ll focus the rest of my time working on either Evergreen or my third asset. That asset will be Block Water 2D and, as the name implies, it’ll focus on a dynamic water system for grid-based worlds. Exciting!

So what is Terrainify 2D exactly? A free and dynamic seed-based generator of 2D terrain using Perlin noise and Unity’s Tilemap system, combined with a robust chunking system.

Features
– Terrain generation based on multiple noise layers that can be easily tweaked for diverse types of generation;
– Chunking of terrain and loading them efficiently within adjustable bounds and with an adjustable chunk size;
– Automatic unloading of chunks out of bounds. This is put on hold if chunks need to be loaded to ensure a seamless experience;
– Automatic saving of slider data in between sessions to resume world building right where you left off;
– Incredibly easy to expand and add to your own game with its own special documentation entries;
– An intuitive user interface, allowing full control of important inspector possibilities in-game without having to constantly switch to the Inspector;
– Flexible camera movement with zoom functionality to check every aspect of your world;
– A guide explaining the asset as well as fully documented code for every single script.

Requirements
– Unity 2017.2 or greater for direct download and play functionality with Unity’s Tilemap system is highly recommended. Earlier versions of Unity should work if hooked up to your own block data structures with reference tweaking.

Future plans
– Foliage generation, such as trees and plants;
– Saving of edited chunks for persistent worlds;
– Further polish and optimizations where needed.