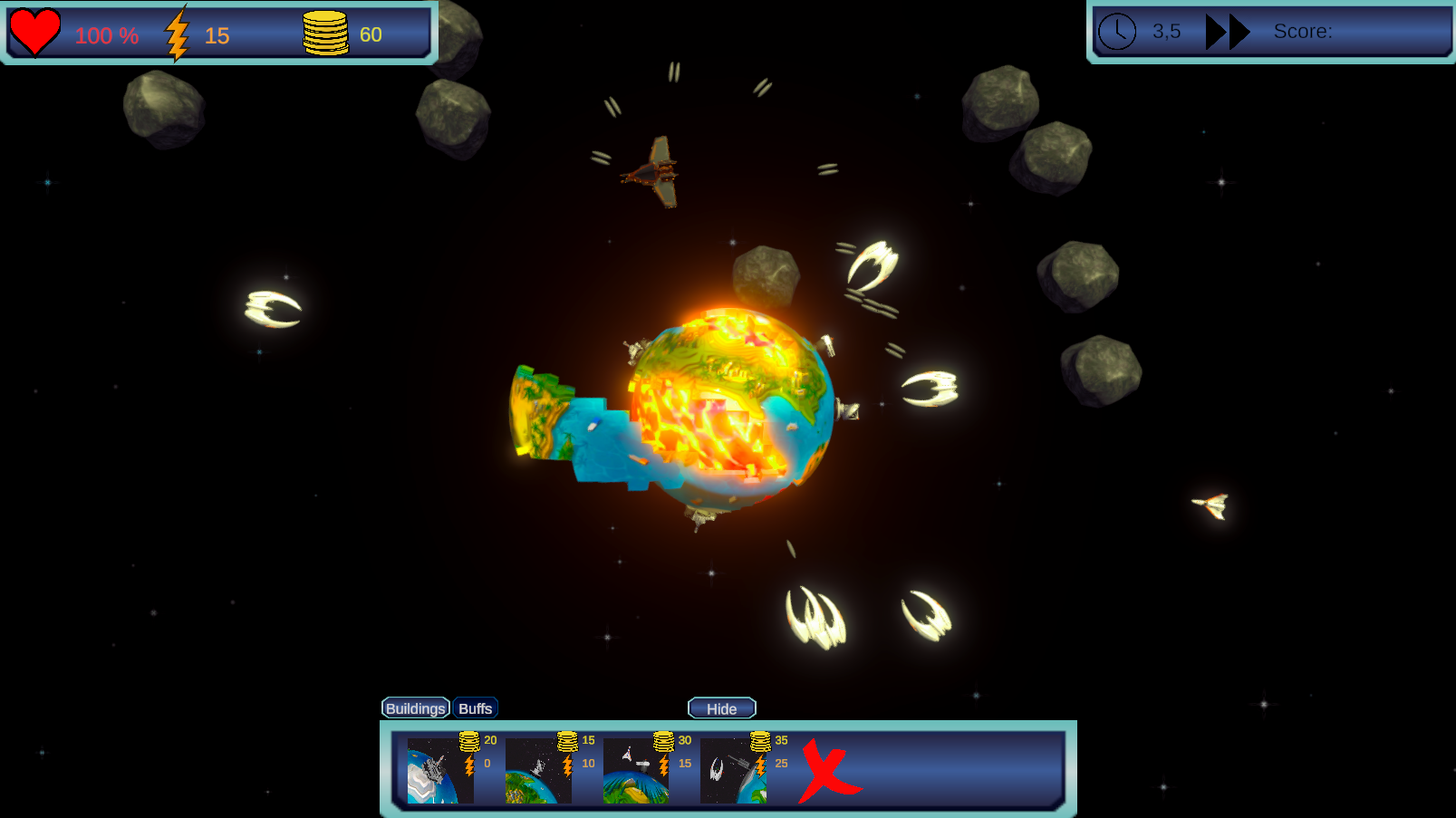 It was again time for the Global Game Jam 2020. In other words, sleepless nights building a game in 48 hours! This year’s theme was “repair” and it was great meeting many familiar faces again. I teamed up with Nicky Wu, David Elout and Max Weijers and we came up with a game titled Planetary Assault. In it, you’re a brave soul trying to prevent an alien race from ripping your planet to pieces. Literally! The game lets the player control a spaceship to ward off and shoot alien ships. Additionally, the player can place offensive, defensive or resource gathering constructions on the planet to better protect it and allow you to expand your arsenal. The alien assault comes in waves, becoming larger and more aggressive with each new wave. Each wave can feature two types of enemies: shooters and suckers. The shooters will do everything they can to create cracks in your planet with bullet barrages. Once cracks have formed, the suckers can latch onto parts of the outer crust of your planet and tear it away, exposing the planet core. Once all of the planet’s crust has been ripped clean off, you are game over!

The player has an extra countermeasure, however, as he can repair the cracks in his planet by flying close to it and activating repair mode. This makes it more difficult for those pesky suckers to destroy your planet.

This year, the Global Game Jam decided not to have a jury. Instead, they allowed participants to be judge and jury themselves and vote for the games they deemed worthy of praise. At the end these votes were evaluated and two winners were chosen: The best game and the game that dared to go somewhere no game has ever ventured before. Personally I really liked the official categories from the years before like best experimental gameplay or best student team (which I won with Echo with our team Devious in 2018!) and I hope these will return next year.