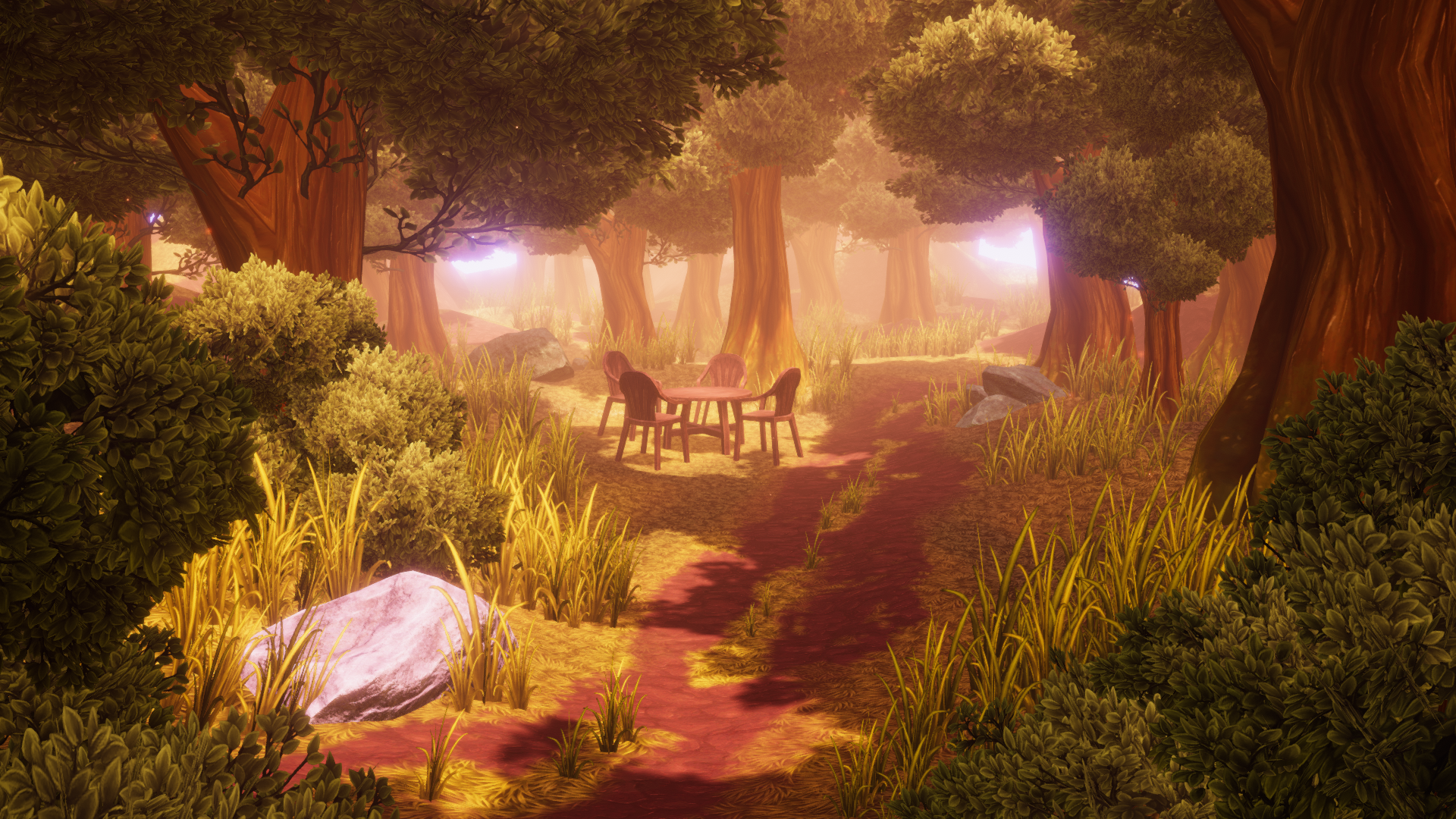 A side project, focusing on something I’ve always wanted to make: A wind shader effect. And what better scenery to use a wind shader in than a forest scene? I wanted to bring this small patch of forest to life. While I was working on setting up the scene I gave myself a second goal: Building a pretty scene with all that I’ve learned.

The solution was less elegant than I wanted and I ended up building the entire scene by hand placing prefabs of trees and grass. The only thing I kept was the actual terrain geometry. I added post-processing, rocks and even a little picknick area as a finishing touch. Below are two pictures, the “before” being the scene from the forest asset and the “after” is my final result. The camera was placed at the exact same position for both shots. In the end, most of what you see is just smoke and mirrors. A behind the scenes shot of the same scene, but zoomed out and without post-processing: There are some fireflies flying around, which is a simple VFX Graph I am planning to document my journey into Shader Graph in a series of blog posts to help fellow game developers. I’ll explain in detail how I created the effects, including the actual graphs of course. Expect to find a link here when I do.