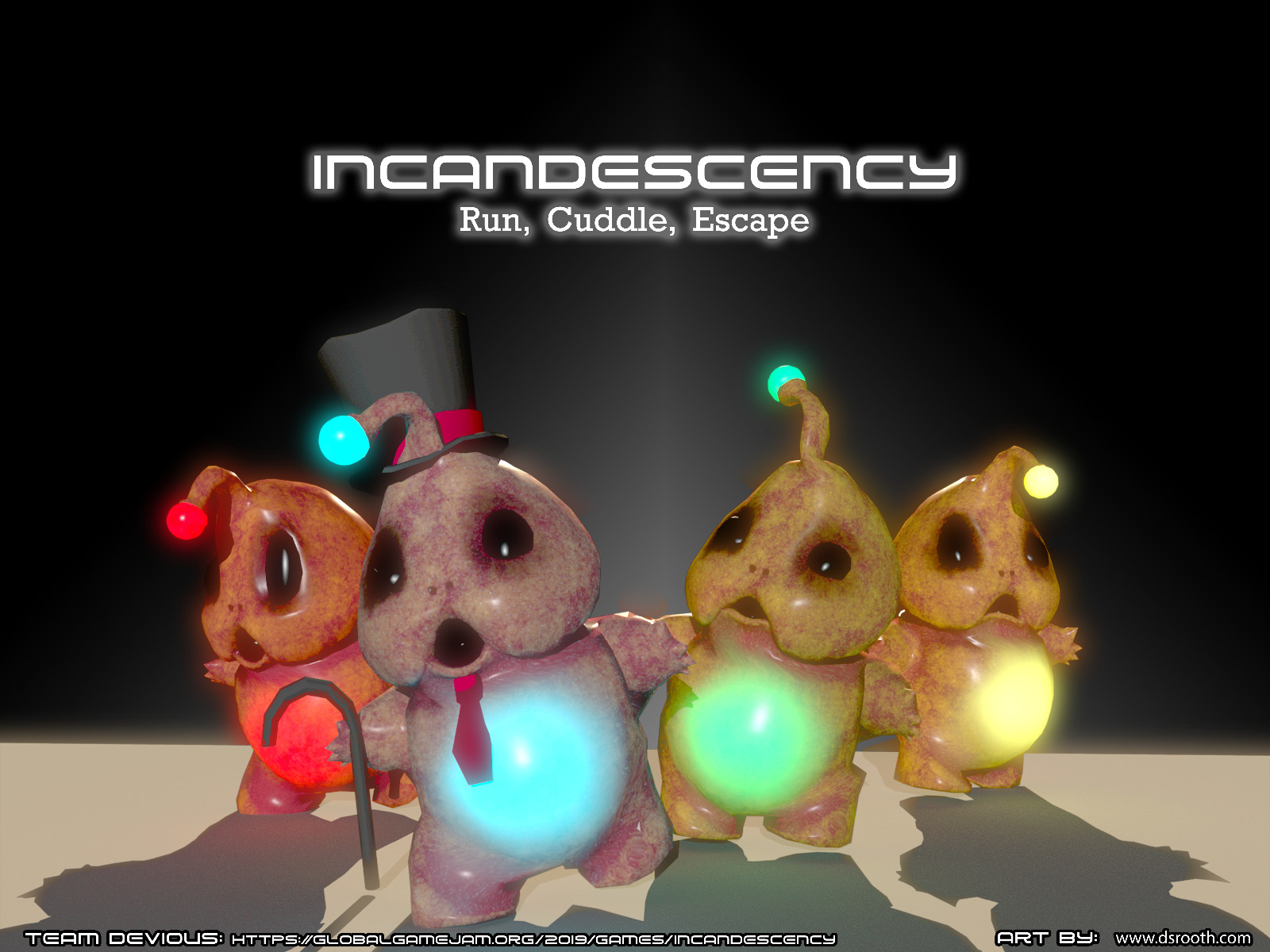 And there it was, the Global Game Jam of 2019! As always many things to see, many people to meet and of course many games to make. I, Robert, signed up with my trusted team Devious (or Dev-ious that we surprisingly never noticed until now) from last year, with additional members totaling to a group of 7: Me, Nicky Wu, Danny Dorstijn, Huub van de Hoeve, Age Kruijssen, Daniel Rooth and Maxim Petrov. Every Global Game Jam starts with a sign up procedure where you receive a shirt, a name card with a keychain and an access wristband, before gathering in a vast conference room that announces the theme of the year’s Global Game Jam. The theme for this year was “What home means to you” and this can be interpreted in many creative ways! The presentation also included a short starring Rami Ismail who is one of the two developers from Vlambeer, a Dutch indie game developer studio. In the short, he encourages everyone not to be afraid of your own skill. ‘Drawing a cow that looks bad is still a cow, right?’ is what can be assumed of the short, as Rami grabs a sheet of paper and a pen and proceeds to draw a cow upside down. The most important part of the Global Game Jam is to have fun after all! After the announcement, you could hear all the brains in the room cracking as everyone immediately started thinking about game ideas belonging to the fresh theme. We packed up our stuff and headed to our reserved class room to kickstart our own game creation process. This classroom was a huge improvement compared to last year, since back then we got a small conference classroom that could barely fit our sleeping bags together with all our equipment on a set of tables with a few chairs. Back then we didn’t even sleep in the classroom, but on a set of couches spread along the hallway just outside! This time, we had an entire classroom just for us, including a digital screen and a whiteboard, which was quite welcoming.

Our whiteboard was put to use instantly as we wrote the theme in the center and collectively brainstormed the theme to come up with keywords. Being a large development team helped, proven by the plethora of things written on our whiteboard. We even had to make photos of our board and erase parts of it to write new keywords. After brainstorming on keywords, everyone in the team was tasked with creating a game idea from whatever combination of keywords. Everyone then pitched their ideas one by one and the rest of the team gave feedback on each idea, before going back to the drawing board and improving our ideas. This iterative process was done twice until we eventually found a great game idea. Our game idea turned out to be a tight alien family trying to escape Area 51 in an up-to-four local multiplayer split screen game. Every player plays an alien trying to find the way out with its family, the other players. Each alien has a light attached to their head and is bound to its emotional state. If you are surrounded by your alien family you feel warm and safe and your light shines bright. If you are separated from your family and observe scary things, like a fellow alien in a containment device floating in gooey liquid for example, you get scared and your light starts to fade. If your light fades completely, you sit on the floor and cry and you need your family to charge you back up again! Together you need to solve puzzles to gather four parts of a master key and this master key opens a huge vault door, leading to alien spaceships. If you reach the spaceships you have won the game! If the light of all aliens die out, you are game over. This year we had an artist with us which turned out to be a massive plus, especially for our game that heavily relied on good visuals to really make the player feel a little bit of dread and scare while playing. Gameplay footage can be seen in the video at the top of this page! After setting up our gear, preparing our software and brainstorming, we decided not to use a digital development board like JIRA or Trello. Instead we decided to use post-it notes, suggested by Age, and make our own physical development board right on the walls. It makes it that more satisfying to walk up to the board, grab your task and slam it below the Done column. It’s also a better indication of done work because you can see your team members getting up physically as opposed to hoping to see a notification or subtle change on the digital boards. We noticed that this game relied more on design than pure programming. We needed an interesting level and challenging puzzles for example. Scaring the player aliens should not happen too often in a small period of time too. Neither one of us were masters of design, which turned out to be quite the challenge for this year. I’m really proud of what we achieved there in the end!

This year we were finally allowed to sleep at our Global Game Jam location. During previous years, we were simply told to “rest”, since it was illegal to sleep in the building (although everyone obviously did anyway). Not that there was much sleep to go on though. During the weekend our team caught about seven hours of sleep on average. Our artist even plowed through saturday night and running on just about four hours of sleep! Our first actual playtest session happened saturday and it was really exciting to see how players approached our game. At that moment we hadn’t implemented a goal in the game yet and it was just exploration together with the core mechanic. What we did have at the time were random light switches. Some groups of people got all tactical and assumed all lights in the level had to be flicked at once or that they had to free their fellow aliens from the containment unit props scattered throughout our test level. This inspired us so we went ahead and transformed these elements into puzzles to proceed through the game!

We used the last day to focus on polishing the game and finalize any leftover features or fixing many remaining bugs. Burning on the last bits of our fuel we managed to slam our final task card post-it to done, half an hour before the judging procedure. It’s so cool when as a team you realize that every single major and minor part you wanted to have in the game was accomplished! All in all, this was a very cool game jam. For me it keeps getting better each year and I absolutely love making games. I’ll definitely be back in 2020!