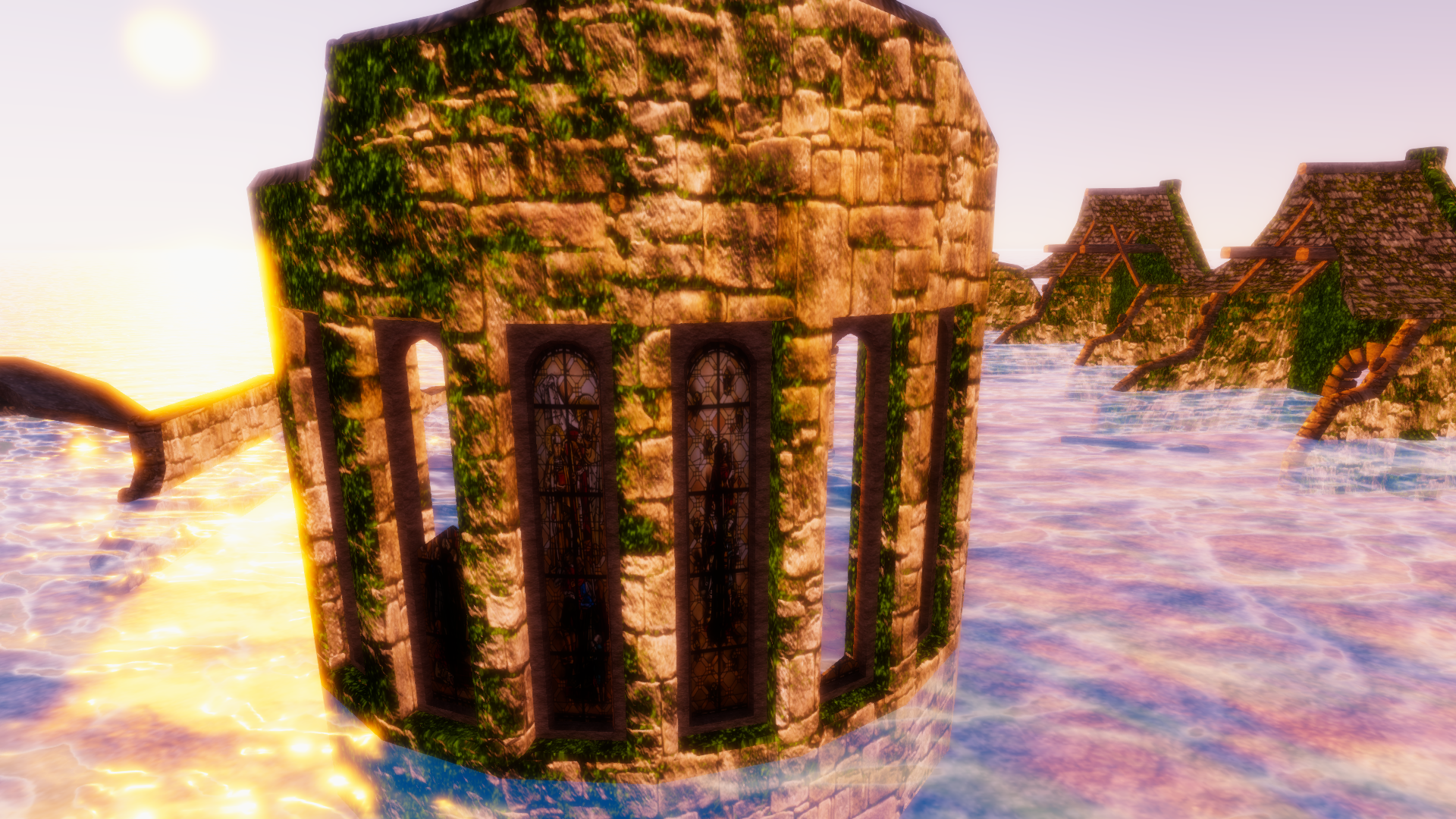 This was the third part of a series of graphics programming assignments for my study where I experimented with normal mapping and mask cutout. For this assignment I chose to create a ruins moss overlay shader that combines a standard diffuse effect with a normal map of the ruins and a mask cut out texture to try and create a realistic moss effect. Just a standard diffuse effect looked quite ugly so I decided to combine it with a normal map that was included with the Ruins Creation Kit assets. You can immediately spot the difference below and it looks a lot better! The normal map warps the diffuse-calculated texture alpha further, causing the effect to concentrate mainly in the brick seams of the wall. There was still a little too much moss to my liking, so the next step was to add a mask cut out texture.