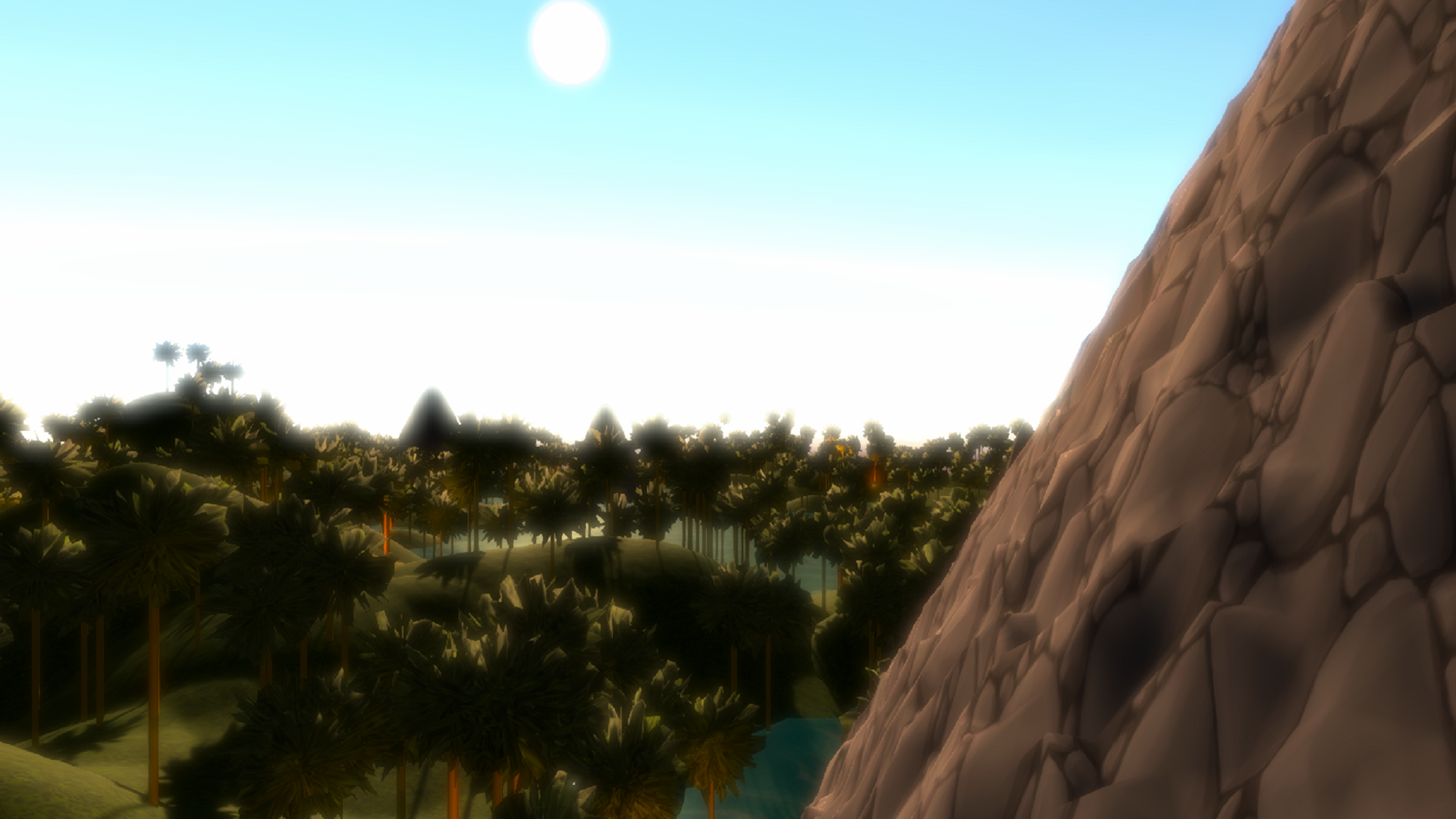 This is the first part of a series of graphics programming assignments for my study where I had to generate meshes from code. For this assignment I chose big and created an island generator that generated every mesh you see through code. The island has several parts. First it generates a land mesh and then a water mesh above the land mesh. Then it targets the land mesh and creates several hills that rise up from below the water by manipulating its vertices. The entire island then generates trees with variable sizes and places some lights for atmospheric purposes. It also has a day and night cycle and it even animates nearby trees and water! At the time I applied optimization techniques for the animations, since I loop through all the vertices in the mesh to animate them which is very slow. Now I know how to make a shader do all that work instead thanks to assignments later in this series!