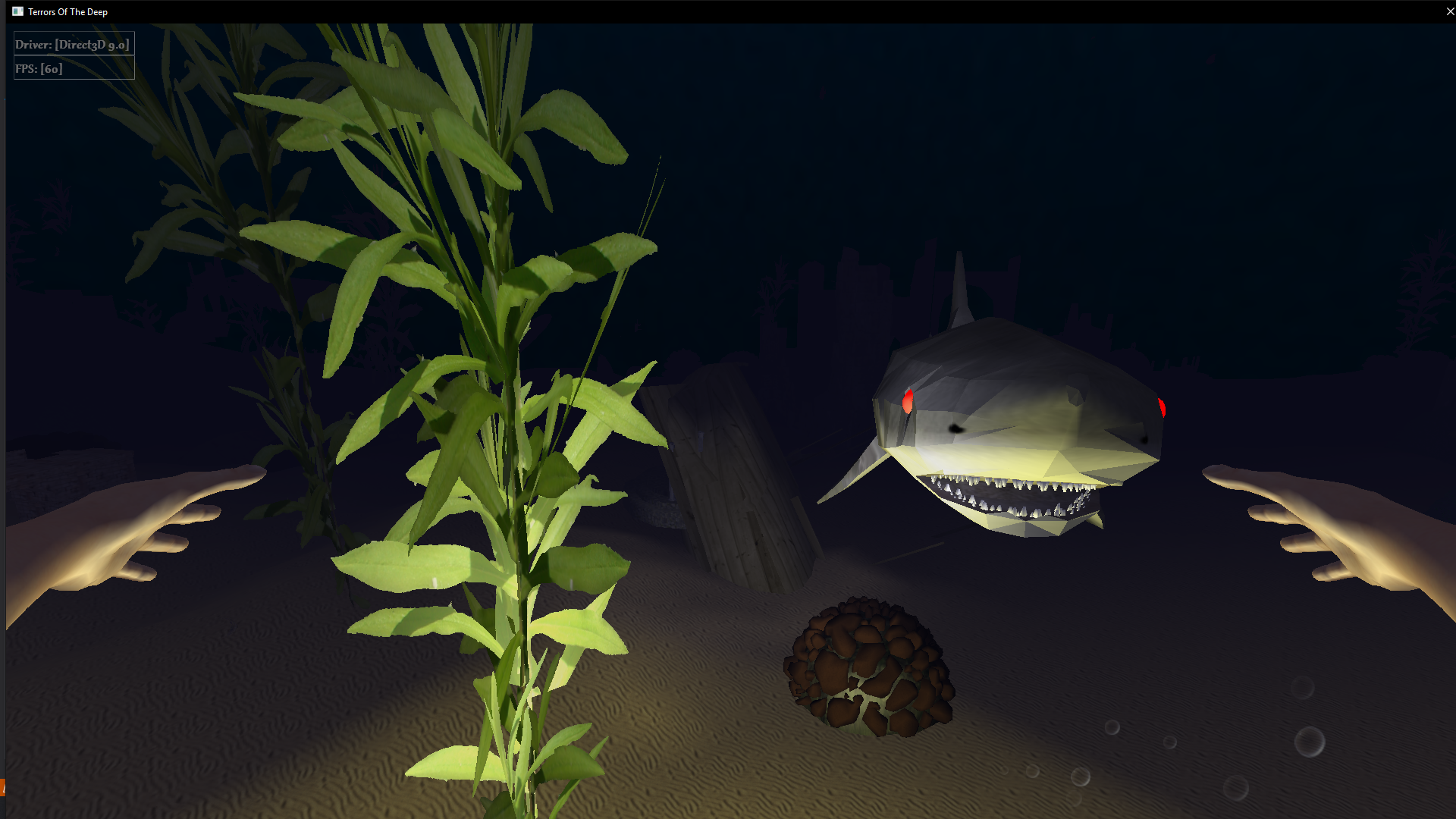 Terrors Of The Deep was a school assignment and built entirely with Visual Studio in C++ with the Irrlicht graphics engine. The goal of this assignment was to build a complete game in C++ without using a fully ‘complete’ support engine (like the Unreal engine). Irrlicht was our choice, a graphics rendering engine by default, and I turned it into a simple game engine by myself during this project among other things. This project was a group assignment and we had a team of 7 students including me. All of us were new to the C++ language at the time and it had quite the learning curve. We used Git together with a Trello development board and employed Agile Development with scrum and sprints. My completed tasks for this project:

In the end, this game was given the highest practical grade and it was deemed the best game that uses the Irrlicht engine that they’ve ever seen, according to a few teachers.

NOTE: The art and models are not ours. This is a school project and due to its limited scope inside the school environment they are purely there for educational purposes.